From swing dance shoes to funky disco vintage boots, here is your guide to the changing styles of vintage shoes:

The roaring 1920’s signaled the end of World War I and the world was filled with a heady optimism. People wanted to go out and have fun, and the shoe styles of the period reflect this. Bar shoes with straps meant that women could dance all they liked. Pointed toes and a trend towards more delicately styled but still sturdy shoes combined functionality with fashion.

The 1930’s offered a range of footwear styles, from fabulous swing dance shoes to classy heeled pumps and sensible lace-ups. During this time sandals had a revival and platform shoes also reappeared, with designers such as Salvatore Ferragamo and Andre Perugia creating innovative and adventurous examples.

The 1940’s brought restrictions in manufacturing, leather and even heel height. This meant a range of different materials were used, from fabric to reptile skins. Oxford shoes were robust and built for comfort and durability, with pumps and sandals worn for evening affairs. Mary Janes were simple, solid shoes with a single strap. Cork wedgies were a way to add height without the need for a heel.

The 1950’s were all about ladylike femininity and conservatism, with June Cleaver the archetypal 1950’s woman. Onto this backdrop were superimposed simple ballet flats and low-heeled, plain-toed black and white saddle shoes. However the 1950’s also marked a rise in popularity for the stiletto heel, partly fuelled by advances in technology that enabled metal to be inserted into the heel for reinforced strength.

The 1960’s started off in a similar vein to the 1950’s, but by the middle of the decade footwear had been influenced by social upheaval and the spirit of innovation and experimentalism. From glittery sling-back heels to psychedelic platforms, vintage shoes of the time were vibrant and creative in design. Go-go boots also appeared. These vintage boots were simply designed with a low heel and reaching from calf to above the knee, popularly worn with miniskirts to accentuate the legs.

The 1970’s brought funky disco shoes in gold and silver or bright sparkly colours. Cork espadrilles and cork platform shoes with suede-wrapped heels and buffalo hide straps were popular, as were wedges and clogs. The more conservative continued to wear simple designs such as oxfords and loafers.

The 1980’s embodied a range of different styles. The rise of women in business meant a rise in popularity of serious, slender-heeled and rounded point toe court shoes as well as conventional oxford pumps. However alongside this work hard culture were fantastic hot pink disco shoes, towering stilettos in faux leather and point toe ankle boots. Rubber jelly shoes were popular beachwear.

It’s in the bag – Vintage Bags

As an essential accessory, bags convey a person’s unique sense of style while being a functional and useful object. Throughout the decades styles have reflected the changing fashions, and vintage bags are a way to stand out from the crowd.

The 1920’s are well-known for their glamorous trends and vintage clutch bags of this period were intricately beaded in beautiful designs including Art Deco themes. Coco Chanel was a popular designer in the 1920’s and her sense of feminine individuality and modernity defines the times.

In contrast to the frivolous 1920’s, the 1930’s were more conservative. Women required functional bags as they moved into the working environment outside the home, and the austere times had an impact on bag style, with simple, utilitarian designs popular. Evening bags by designers such as Richard Koret were sleek and made of a variety of materials including silk and leather with metal clasps.

The 1940’s continued the theme, with solid construction and simplicity key elements of bag design during this period. Bags were often squared in shape but still ladylike. A popular trend during this period was that of crocheted vintage clutch bags.

Classic bags were also a feature of the 1950’s, with the simple black Hermes handbag worn by Grace Kelly the iconic accessory of the decade. However the 1950’s also marked a return to a more fun sense of style, with sparkly metal-toned clutch bags and beaded bags. Bucket bags were used for shoes.

The 1960’s were a time of social revolution, idealism and sense of growing individual freedom. Fashion was experimental and colourful, with vibrant images and floral motifs. Psychedelic designs by Emilio Pucci are classic 1960’s. Designers such as Paco Rabanne veered away from conservatism and embraced this more modern vision. They used natural materials like raffia alongside futuristic chainmail and more traditional fabrics such as embroidered silk.

The 1970’s marks a transition point, with the bohemian style of the 1960’s and early 1970’s being largely replaced by the disco look of the late 1970’s alongside punk subculture. Vintage bags of this time period range from folksy tan satchels to gold and silver disco purses and spiked and studded black leather bags.

Disco bags were a continuing theme in the 1980’s, in bright colours such as electric blue and hot fuchsia. These kitschy vintage bags embody the spirit of excess and the work hard, party hard culture of the 1980’s. Also popular during this decade were opulently jewelled bags of exotic leathers such as snakeskin.

Whether your style is cute and kitsch or sleek and sophisticated, vintage jewellery can be a great way to stand out from the crowd. Here is a brief guide to ten of the most interesting styles available.

The revival in all things retro and vintage continues, with vintage accessories from all periods gaining in popularity. From the flapper inspired opulence of the 1920’s to the romance of the 1930’s and the boho jewellery of the 1960’s and 1970’s, the 20th century covered a huge range of styles and fashions. Here is a guide to vintage accessorising from the 1920’s to the 1980’s.

The 1920’s featured fun and quirky fashions, and vintage accessories from this period embody the spirit of optimism of the time. Art and creativity were encouraged and fashion was given a new lease of life with new types of fabric and colourful dyes. Accessories complemented the classy, flamboyant style.

Headwear included headbands embellished with jewels and feathers, tight-fitting cloche hats and combs. Gloves, boas and long gloves were popularly worn, while jewellery included pearls and jewelled bracelets. An iconic accessory of the time was the cigarette holder.

The depression at the beginning of the 1930’s was to set the scene for the decade and for fashion. The flamboyant spirit of the 1920’s was replaced by a more staid atmosphere, though people still yearned for the glamour of the previous decade. Fashion became more conservative and traditionally feminine, and accessories reflected this with romantic twists such as floral bows. Art Deco jewellery continued to be popular and fur wraps and stoles were often worn around the neck.

The 1940’s were a time of restrictions in fashion, but the 1950’s were a return to elegant femininity. Hats and gloves, both long and short, were popular. A lift in restrictions meant that costume jewellery was readily available, with diamante necklaces and bracelets amongst the typical jewellery of the time.

The 1960’s and 1970’s were a time of excitement and experimentalism, with bohemian and ethnic styled jewellery and accessories becoming popular. Materials included hemp and other natural materials. Jewellery included love beads, headbands, large pendants and multi-strand necklaces.

An Art Nouveau revival in jewellery featured swirly, colourful dragonflies and butterflies, complemented by the psychedelic imagery of the decade. Other trends included the pillbox hat, which became widely worn. The glamorous continued to wear their furs around the neck or in jewellery.

Vintage accessorising from the 1980’s means big jewellery, big accessories and big attitude. Madonna inspired the look for gothic crucifixes, long layers of beads and fishnet stockings and gloves. Metallic bangles and jewelled pendants were popular. Towards the end of the decade rap music and culture influenced the appearance of oversized gold jewellery. 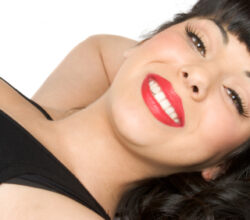 Rockabilly Clothing Rockabilly clothing has been around ever since the birth of rock and roll and has been revived several times over the years. …