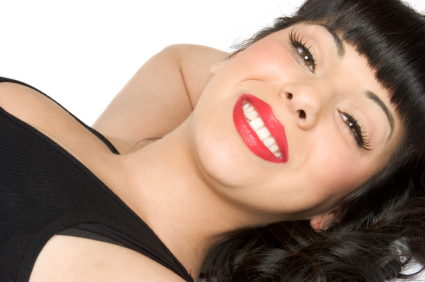 Rockabilly clothes first came on the scene in the 1940s and was heavily influenced by the music of the time. Like any fashion style, there are many different styles of rockabilly clothing to choose from. One of the most distinctive types of rockabilly fashion is the slim cut drainpipe trousers and jeans. These were originally worn just by men, although they have become increasingly popular with women over the years. Theses slim cut jeans are typically paired with a plain white t-shirt or a short sleeved shirt.

When it comes to shoes, creepers are particularly popular among rockabillies. These shoes are also known as brothel creepers and are typically made from suede with crepe soles. Like the rockabilly style itself, creepers have been re-popularised several times over the years and are now offered by several different famous shoe brands.

Modern rockabillies often look quite different from their original counterparts. They have taken some of the punk style and blended it with the original rockabilly style to make it look fresh and funky. Many modern rockabillies have prominent tattoos as well as brightly coloured hair and perhaps a few facial piercings. However, the original clothing style has remained mostly unchanged over the years, even though the attitude of the people who choose to wear it may have changed.

One of the reasons for the continual popularity of rockabilly clothes today is that they are worn by a number of popular bands such as The Cramps and The Horrors. Another great thing about this style of fashion is that it is easy to recreate, and a large number of modern fashion lines make up to date versions of rockabilly clothing. However, people who want to create an authentic look will also be able to find a great range of original wear in their favourite retro clothing shops.

Pin-up clothing is a style of retro fashion that dates back to the 1940s and 1950s. The term ‘Pin-up’ refers to the beautiful women whose images graced the front covers of glossy magazines – the girls were known as Pin-ups as their pictures were designed to be cut out and pinned up on walls. These mass produced iconic images of actresses, singers and models were an immediate hit in their day – particular with wartime troops – with their look held up as the ultimate in seductive glamour. Their style inspired – and continues to inspire – Pin-up clothing today.

Pin-up clothes are designed to flatter the feminine shape and emphasise the hourglass figure. It’s a style of clothing that works for almost any woman – and this is part of its appeal. Although the images themselves were seductive – and even a little bit flirty – Pin-up fashion is actually far more demure than many modern day fashions. Pin-up clothes cover the body, hugging curves and angles to suggest rather than reveal.

It’s often what can’t be seen, rather than what can, that makes the body sexy – a classic case of leaving a little to the imagination. Pin-up fashion is a nod, too, to the classic Hollywood glamour of the 1950s. Notable Pin-up girls of the era included Bette Davis, Rita Hayworth, Lena Horne, Brigitte Bardot, Dorothy Dandridge and, perhaps most famously of all, the incomparable Bettie Page, who was known as the ‘Queen of Pin-ups’.

While the Pin-up style is instantly recognisable, there is plenty of scope to play around with the look. Many women choosing the rockabilly style Pin-up look, for example, bring out its inherent edginess with dark, gothic make-up and body art. Modern Pin-up stars, such as Dita Von Teese, Sabina Kelley and Bernie Dexter, have updated the look for the 21st century in a variety of ways, and it’s often used in burlesque.

Whether it’s a fifties style polka dot dress, a classic Pin-up dress, or a sharp and sexy pencil skirt teamed with a knitted top, the Pin-up style offers a range of possibilities. It even extends to wedding dresses, if that’s the kind of look you’re after for your big day. As well as a huge vintage market for Pin-up clothes, the style has been incorporated into modern fashion lines.

Inspired by the persona of the iconic and legendary Bettie Page, the Bettie Page clothing collection, a glamourous line of retro-styled dresses and skirts, has been making a big statement in the fashion world. Although wearing Bettie Page-inspired clothing is mostly popular with women in the United States and Canada, a big number of women in the United Kingdom and the rest of Europe have been donning these vintage-styled clothes as well. With chic designs that also span the Rockabilly and Indie styles, the Bettie Page style of clothes boldly epitomises the classical and seamless dress style of the 1950’s.

The Bettie Page-inspired dresses and skirts that we know today is actually a product of the virtuosic brilliance of the Russian-born model-turned-designer, Tatyana Khomyakova, a Las Vegas-based fashion luminary renowned for her sophisticated and well-detailed retro clothes designs. Together with her entrepreneur husband, Jan Glaser, a prominent figure in the financial sector,

Tatyana set up her first boutique in 2007 at the Miracle Mile Shops in Las Vegas. This boutique showcased Tatyana’s wide array of sultry Betty Page style clothes that instantly became a fashion phenomenon in the locality. As sales soared to unexpected figures, Tatyana and her husband opened another boutique in the flashy Las Vegas shopping complex of Caesar’s Palace. As years moved forward, the popularity of Tatyana’s line of Bettie page clothing extended beyond the borders of Las Vegas and spread quickly to other US states and the major cities of Canada.

Bettie Page clothes are made from the finest and highest quality fabrics having the precise combination of cotton, nylon, and lycra. Among the most popular styles of Bettie Page style clothes are the New Crystal, a style that depicts a classical yet sexy 1950’s schoolgirl, and the Happy Bows, a style that features a navy-colored accent and portrays an elegant and modestly sexy feminine figure.

Moreover, Tatyana Khomyakova, also known as an animal rights advocate, boasts of the fact that her collection of Bettie Page designs doesn’t involve the use of any fur and leather materials, which became a big welcome for animal lovers and animal rights activists around the world.

To date, Bettie Page style clothes are sold in over 20,000 boutiques in major cities all over the United States, Canada, the United Kingdom and the rest of the European continent, and the Asia-Pacific region, more particularly in Australia.

Although the lady that inspired it all, Bettie Page, also known as the “Queen of Pin-Ups” and the “Icon of Fetish Modeling”, already passed away in December 11, 2008, her fashion legacy and influence still lingers, and with millions of women around the world idolising her and desiring to mimic her looks, Bettie Page clothing styles will continue to be a hot trend in mainstream fashion for years to come. 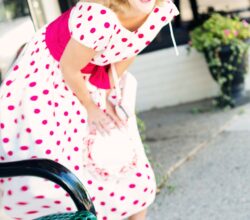 What’s the difference between retro and vintage clothing? Well, fashion is a never-ending cycle, it takes its inspiration not only from what is popular …