The only designer to ever be named in ‘Time: The Top 100 Most Important People of the Century’, Gabrielle Bonheur Chanel, better known as Coco Chanel, was always willing to push boundaries and impress with her innovative fashion philosophies.

Chanel was born in Saumur, France in 1883. By 12 years old she had lost her mother to tuberculosis, and her father had left the family. Thus, she was transported to an orphanage, where her interest and talents in sewing originated, and soon blossomed during her visits to female relatives. Chanel left the orphanage at age 18, became a cabaret singer, and eventually worked in a tailoring shop. After becoming the mistress of Étienne Balsan, an upper-class heir, she was introduced to the life of riches and luxury, and soon after decided to pursue her own ambitions.

The phenomenal career and fashion hype that Chanel would later claim began with her knack for designing stylish hats, which took off after being worn by theatre actress Gabrielle Dorizat. Chanel opened her first boutique in 1910, and soon after began designing and selling her trademark casual but luxe clothing styles.

She used jersey, a material then used for men’s underwear, and her line quickly became appealing as it was loose and convenient for leisure activities, while simultaneously fashionable. In 1939 Chanel ceased production due to World War II, but reopened in 1954, where she gained additional acclaim from the British and Americans and has remained a mainstream name in fashion ever since.

Even today, the brand Chanel remains one of the most sought after by fashion enthusiasts and is known to be one of the most established houses of fashion worldwide. It continues to provide luxury merchandise, and has featured celebrity endorsers such as Marylyn Monroe, Nicole Kidman, and Keira Knightley.

Chanel’s fashion ideologies have been some of the most ageless and influential of all time. The ‘little black dress’, an obvious must have in every fashion-conscious woman’s wardrobe, originated from and was a trademark of Chanel. She even instituted what became known as ‘the London look’, after creating fashion centred around her muse, Vera Bate Lombardi, an aristocrat in Europe.

Chanel was known for her ability to use simplicity and elegance to create timeless and classic styles. She reigned as fashion royalty during her lifespan, dying in 1971 with the title of Chief Designer, and her legacy continues to make waves in the fashion world nearly half a century later.

Comte Hubert de Givenchy is one of the iconic designers who created the image of the well-dressed woman throughout the 1960s. His career as an influential clothing designer spanned more than four decades, with his primary influence beginning in the 1950s through the 1990s.

His most famous high-profile client was actress Audrey Hepburn. Starting with the 1954 film, Sabrina, he formed a close relationship with the actress. He was her personal and film business designer throughout her career.

The Givenchy look is defined by clean lines and elegant silhouettes; and, a direct and distinct departure of the “bullet bra” bodice treatments prevalent during the 1950s. Grace Kelly – later the Princess of Monaco; Wallis Spencer – the Duchess of Windsor; Gloria Guinness – a noted fashion mavin; and, Jacqueline Kennedy – First Lady and wife of US President John F. Kennedy.

Designs reflecting his vision and designed to alter the appearance of women included mix and match separates, which simply wasn’t done in the 1960s; but influences and guides women’s fashion today. Simplicity and uncluttered lines de-emphasize the clothes and focus attention on the woman.

This design concept was well-accepted by the clothing manufacturing business as it was easier to engineer and assemble the component parts while catering to the needs of the vertical asymmetry of most women. Designer clothing became accessible to the everyday woman without requiring extensive, expensive, and labour-intensive after-market tailoring.

Perhaps his most famous work was the refinement – and some say perfection – of the “Little Black Dress.” Coco Chanel is acknowledged as the inventor of the concept; however, it was Givenchy’s immaculately executed version that Audrey Hepburn wore in

Concurrently with his idol, designer Cristóbal Balenciaga, he was a prime mover in the design and proliferation of the “sack dress,” a waist-less design concept that was an evolution of the empire waist taken to its extreme.

As a fashion designer, Givenchy is the quintessential epitome of style and simple elegance. Givenchy’s look is perhaps best summarized by the maxim: The whole is greater than the sum of the parts.

Hubert de Givenchy, born in 1927 into an aristocratic family in Beauvais, France, was immersed into a rich and vibrant culture from birth. Raised by his mother, an artist, and his grandfather, a tapestry maker, Givenchy was exposed to fashion and style from a very young age. His mother and grandfather encouraged his creativity and allowed him to pursue his passions freely.

When he was only 10 years old, Givenchy visited the fashion pavilion at the International Exhibition in Paris; this visit sparked his love for women’s fashion and his passion for design. After the Second World War, Givenchy studied at the famous École des Beaux Arts in Paris.

By 1945, he was already creating his own unique and innovative designs. In late 1945, Givenchy was hired as a designer by Jacques Fath and later worked briefly for Lucien Lelong in 1946. It was during this time that he met an up-and-coming fashion designer named Christian Dior.

Givenchy opened his own fashion house in 1952 near the Parc Monceau in Paris. His designs consisted of separates; while popular today, separates were a completely unheard of and modern fashion in the 1950s. Givenchy traded on his ability to create simple yet beautiful silhouettes that accentuated the figure of a woman.

With his clean, simple lines and flattering cuts, and original designs, it was only a matter of time before Givenchy became the premiere couturier to Hollywood. In most Audrey Hepburn ironic roles, she was dressed in Givenchy designs. The Duchess of Windsor, Greta Garbo, Jacqueline Kennedy Onassis, and Princess Caroline of Monaco all famously donned Givenchy couture. His groundbreaking fashion epitomized elegance, grace, and style.

In 1992, Givenchy celebrated his 40 years in fashion. Shortly thereafter in 1995, he retired and left his company under the control of Moet Hennessy-Louis Vuitton (LVMH). He chose Dominique Sirop to be his successor, but the head of LVMH, Bernard Arnault, appointed John Galliano instead. Galliano briefly served as Givenchy’s successor and was replaced by famed designer Alexander McQueen for the next 5 years. After a public dispute, McQueen left Givenchy and was replaced by Julian MacDonald from 2001 to 2004. Appointed in 2005, Riccardo Tisci serves as the current head of Givenchy haut couture and women’s ready-to-wear.

Born into an affluent family in London 12 June 1901, Normal Hartnell revolutionized British fashion and served as the head dressmaker for the royal family.

Hartnell’s illustrious career began at Magdalene College, Cambridge in 1921. He designed costumes for many theatrical societies, which caught the eye of Lady Diana Duff-Cooper. Lady Duff-Cooper was able to persuade Hartnell to leave the college and pursue a career in the fashion industry. By 1923, Hartnell opened his own dressmaking studio in London. Through hard work and a creative outlook, Hartnell was able to show his collection in Paris in 1927.

These fashion shows quickly set Hartnell apart from mainstream fashion. He was noted for his intricately embroidered and beaded ball gowns, fur-trimmed suits, and tailored ready-to-wear clothing made from tweed. The first wedding gown shown by Hartnell caused a sensation. Many fashion critics of his time described the gown as “the eighth wonder of the world.”

In 1938, Hartnell was appointed as the official dressmaker to the royal family. He designed the beautiful and flawless wedding dresses of both Queen Elizabeth II and Princess Margaret. Hartnell’s design and unique vision helped to create the stylish royal image that remains in place today. Queen Elizabeth’s famous coronation dress was designed, and hand embroidered by Hartnell in 1953.

His service to the Crown, his impeccable designs, and responsibility for the wardroe of the Queen Mother for over 50 years was honoured by knighthood in 1977. He was awarded the title of Knight Commander of the Royal Victorian Order, marking the first time a couturier has been bestowed with the honour of knighthood.

Though Hartnell is known famously for his royal creations, he also had a very fashionable and sophisticated ready-to-wear line sold through up-scale department stores from 1942 until 1992.

After Hartnell’s death in 1979, his design legacy continued until 1992. John Tullis, the nephew of one of Hartnell’s top designers took control of the company for s brief period after Hartnell’s death. After many different groups and individuals took control of the company, March Bohan reopened Hartnell in hopes of revitalizing the fashion line. Unfortunately, with the Gulf War and resulting economic recession of the early 1990s forced the Hartnell company to close in 1992. Nevertheless, Hartnell will be remembered as one of the top 1950s fashion designers.

Main Rousseau Bocher was born in Chicago, Illinois in 1890. He is known for being the first American designer to open a house of couture in Paris. During his early years, Bocher studied at both the University of Chicago and the Chicago Academy of Fine Arts, where he developed skills as an illustrator, and an eye for fashion. After serving in World War I, he stayed in Paris, working first as a fashion illustrator for Harper’s Bazaar and eventually as an editor for French Vogue. In 1929, he established his own label, calling it Mainbocher.

Having the knowledge of the fashion industry from multiple viewpoints served him well. His magazine experience developed his recognition of the need for publicity, and the ability to quickly assess trends. His fashion illustration experience honed his abilities and sensibilities as a designer. He became identified as a luxury designer, working for many high-profile clients. This included Mrs. Wallis Simpson. She was a wealthy divorcee, caught up in a storm of controversy when she married the Prince of Wales, heir to the British throne. He designed several gowns for her, including her bias-cut wedding dress.

Some of the styles seen in Mainbocher’s collection included items like luxurious evening suits consisting of long skirts with contrasting jackets. The jackets typically had beautiful distinct trim, including many with dyed fur. He also experimented with changing the overall silhouette of women’s fashion, including pieces with nipped-in waistlines, sometimes called the Mainbocher Corset. His form fitted waistline is termed a precursor to later Dior looks.

Always having a distinct American sensibility about his work, Mainbocher relocated to New York in 1940. He continued with couture designs but managed to include a ‘ready to wear’ feel for some pieces. After relocating to America, he continued to design for an exclusive international list of clienteles, including debutantes, actresses, royalty and high society mavens.

Mainbocher is credited with designing the first strapless evening gown. He also had a major impact on several other classic pieces in women’s fashion. A major contributor, and an innovator, he remained active in the fashion world late in life, working until he was in his eighties, earning him a place among the top 1950s fashion designers. 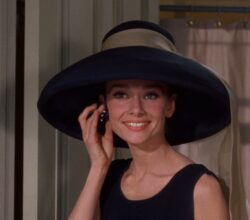 In this post we describe the life and career of 14 of the most influential fashion designers of the 20th Century, from Cristóbal Balenciaga …